Should we throw good money after bad?

Constructed in 1985, the library’s current home – a pole barn-style building designed for a southern climate – has reached a tipping point. The physical and technical requirements required to meet growing community demands are unattainable within the current structure. Any further repair and replacement costs toward this end are unjustifiable. 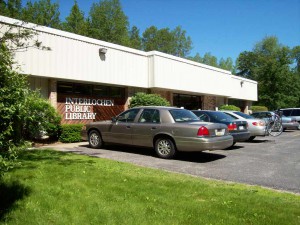 For three decades, the Interlochen Public Library has been housed in a pole-style building. Outgrown and outdated, the building limits the assets and programs offered to the community.

Areas requiring extensive repair or replacement include the following:

Repairs and renovations needed to meet the growing needs of residents are estimated at a minimum of $1.2  million. For IPL to serve its community, accommodate expanding patronage, and enter the modern age of information delivery, the list of renovation “must haves” is extensive and expensive. In spite of some $50,000 in previous renovations, three independent inspections have deemed the building functionally obsolete for its current use.

Still, building repairs would address only some of the library’s challenges which also include the following: