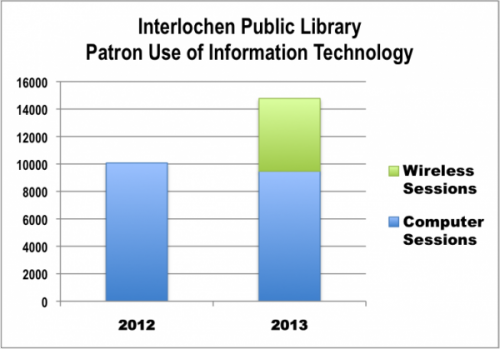 Patrons’ growing use of laptop computers has driven demand for wireless capabilities. However, the currrent Interlochen Public Library building does not accommodate expanded wireless services.

Interlochen Public Library is regarded as a critical community asset for the residents of Interlochen and surrounding areas. As the population grows – especially among young families – utilization of the library and its programs have increased at a dramatic pace.

Demands for community space and information technology continue to grow rapidly. However, none of these can be met within the physical, electrical, and mechanical constraints of the current facility.